A brief timeline of the Samsung Galaxy S smartphone

Today’s Samsung Galaxy S smartphones look much different than they did upon their 2010 debut, but one constant has been Samsung’s ability to innovate. From upgrades like water resistance and fitness tracking to massive improvements in the quality of its camera, display and battery power, the Galaxy S series has made extraordinary progress in its 11 years.

And now, with the introduction of the Galaxy S21 series, Samsung is taking its flagship smartphone to even greater heights. The new devices boast a superior multi-camera system, 8K video recording, Space Zoom as well as large display sizes so you can work and play with ease.

Here’s a look back at some of the key developments in Samsung Galaxy S history.

The original Samsung Galaxy S smartphone featured an Android operating system, a removable 1500 mAh battery and replaceable storage via a microSD chip. However, it was the crystal-clear Super AMOLED display that CNET lovingly described as a “4-inch behemoth.”

The size and quality of Samsung Galaxy S screens would become two of the series' most talked-about features, through to the present day. 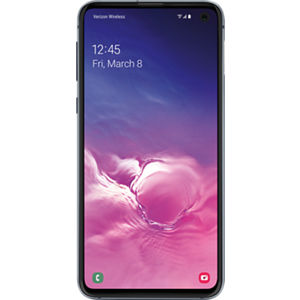 May 2011: The S2's bigger screen but slimmer body proves to be a major hit.

The Samsung Galaxy S2 sold more than 10 million units in its first five months, establishing the Galaxy S as the premier line of Android smartphones and one of the top handheld devices on the market.

The S2 improved upon the size and quality of its predecessor’s display, but its most acclaimed feature was a light, thin design that made the phone remarkably easy to handle. Engadget described the S2's thin profile as “a stunning feat of engineering.”

May 2012: The S3 kicks off a series of battery innovations.

The Galaxy S3 featured a 2,100 mAH battery that was one of the bigger smartphone batteries around, and 40% more powerful than the one the Galaxy S released 2 years prior. As a result, the phone was able to withstand the battery drain with its high-performing Exynos Quad processor.

In the years to come, a series of new features would make battery life one of Samsung’s major competitive selling points. The S4 worked with wireless charging accessories and the S5 introduced an ultra power saving mode that allowed the phone to last several days in a standby setting. Later, the S6 debuted adaptive fast charging to help users juice up their devices more quickly.

The Samsung Galaxy S4 was the first S series device to launch with the S Health fitness tracker app pre-installed. Via the S4’s built-in pedometer, the app empowered users to keep tabs on their steps, sleep patterns, calories and diet.

In addition, the S4 laid the groundwork for even better fitness tracking moving forward. Samsung became one of the first companies to launch a smartwatch when it released the Galaxy Gear later in 2013, and 2014’s Galaxy S5 was the first smartphone to come with a built-in heart rate monitor. 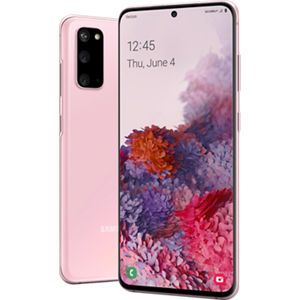 The Galaxy S5 featured a small cover over the USB port at the bottom of the device, providing added protection against dust and water. As such, the S5 was able to withstand submersion of up to 1 meter of water for up to 30 minutes.

Samsung would offer further protection from the elements with the introduction of the S7, the first Galaxy S device to earn an IP-68 rating. Starting with the S7, Galaxy S phones are protected against dust, as well as resistant to up to 5 feet of water for up to a half-hour.

In the spring of 2015, Samsung released the Galaxy S6 and the S6 Edge, 2 devices that stood out as a departure from previous models in the Galaxy S line.

The S6 and S6 Edge were the first in the series to ditch the plastic shell and removable battery that had been part of the previous five efforts. Instead, these devices featured a metal frame and glass backing, making for an elegant design that The Verge said “looks great and feels even better.”

Both the S6 and S6 Edge also featured 5.1-inch screens with a pixel density of 577 pixels-per-inch, well above the clarity of competing smartphones at the time. In addition, the S6 Edge featured an impressive curved display that wrapped around part of the phone's left and right sides.

March 2016: The Galaxy S7 and S7 Edge take the smartphone camera to the next level with dual pixel autofocus and the industry's widest aperture.

The Samsung Galaxy S7 and S7 Edge represented the culmination of years of improvements to Samsung’s camera technology.

The original Galaxy S featured a 5-megapixel primary camera. Over time, the company would add more sensors to its cameras, as well as other key upgrades. The S3 introduced HDR mode to capture more lifelike photos, and the S5 debuted phase detection autofocus, a feature that allowed the camera to focus more quickly so that users could capture moving objects before they went out of frame. Along the way, Samsung Galaxy S phones made it easier to access the camera straight from the home screen.

Finally, the S7 and S7 Edge introduced a 12-megapixel setup that Business Insider called “the best camera ever put on a smartphone.” The new camera was bolstered by dual pixel autofocus, a feature by which each pixel focuses and captures light simultaneously. In addition, the S7 excelled in low-light settings due to an f/1.7 aperture that was the widest of any smartphone camera at the time.

April 2017: The Galaxy S8 and S8+ introduce the world to Infinity Display.

The Galaxy S8 and S8+ debuted a revolutionary design feature known as "Infinity Display." By removing the home button, Samsung extended the screen to all corners of the device, covering almost the entirety of the phone's face. As a result, the devices had a slim, easy-to-handle design, despite boasting screens of 5.8 and 6.2 inches, respectively.

Gizmodo said the S8's rounded edges and curves "create the effect of a display that’s simply floating in the air or hovering just above your hand," adding that the experience "feels like you're looking at a phone from the future..."

The S8 and S8+ also included a facial recognition unlock feature, as well as an iris detection system for added security.

The Samsung Galaxy S9 and S9+ have taken the aforementioned “best camera ever put on a smartphone” and made it even better. With a new dual aperture camera lens*, the S9 phones receive 28% more light than the S8, allowing users to take bright, lifelike photos in low-light settings. Enabling Live Focus mode on the S9+ adjusts background blur so subjects are captured better, and at 960 frames per second, super slow-mo slows down reality so users can enjoy every frame of video.

In addition, Samsung has added a key improvement to Bixby, the built-in intelligent interface introduced in the S8. By turning the camera viewfinder on themselves, users can create their own animated AR emojis to share with friends and loved ones.

Unveiled during the "Samsung Galaxy Unpacked 2019" press event on February 20, 2019, the S10 series is the tenth generation of Samsung's Galaxy S smartphones.

January 2021: The Samsung Galaxy S21 hits the market with the latest updates and includes 3 different devices.

The Samsung Galaxy S21 is available for preorder on January 14, which is good news for anyone who is looking for a cutting-edge phone to start off the new year.

The S21 series includes the S21 5G, S21+ 5G and S21 Ultra 5G. These devices have 8k video recording, Space Zoom, Directors View, multi-lens camera systems and an all-day intelligent battery. Plus, the S21 Ultra can be paired with the S Pen for even more ways to edit and create.

Samsung has something for everyone. From water resistance to an Infinity Display, the Galaxy S series has left an indelible mark on how we experience smartphone technology. And these innovations and their subsequent success have spawned the popular Galaxy Note series, the affordable A series and the innovative Galaxy Z series.

But for all the great smartphones available on the Galaxy line, the future is even more exciting. If Samsung's recent track record is any indication, there are plenty of thrilling technological advancements waiting just around the corner. So be sure to check out all the great devices and accessories from Samsung at Verizon.

This content is provided for information purposes only. All information included herein is subject to change without notice. Verizon is not responsible for any direct or indirect damages, arising from or related to use or reliance of the above content.
Shop
Top Device Brands
Support
About Verizon
Most Popular
Top Accessory Brands
Important Consumer Information
Follow Verizon
facebook-official twitter you-tube instagram
Follow Verizon Fios
facebook-official twitter