Is your child ready for a smartphone?

Learn the facts that can help decide when the time is right. 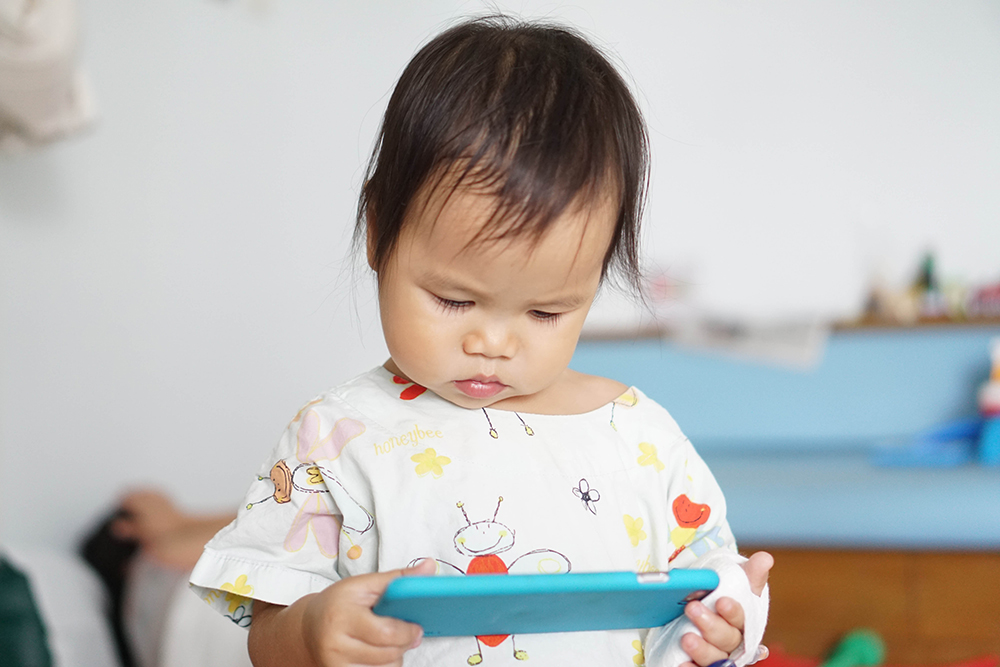 The average age a child gets a first phone is 10.3. But that doesn’t mean every kid is ready for a smartphone at their 10th birthday party. Parenting decisions aren’t one-size-fits-all — some children are ready for a smartphone at 10, some at 16. Remember: 10.3 is the average. But what factors or milestones might help parents decide when the time is right? Here, noted experts offer advice to help guide parents through these vital decisions.

Do they act responsibly with other belongings yet?

“One of the simplest things is, are they responsible for their other pieces of technology they already own?” says Jesse Weinberger, who speaks frequently on issues of internet safety and is the author of “The Boogeyman Exists: And He’s in Your Child’s Back Pocket.”

“If your child isn't responsible for this physical ownership — what it means to maintain a piece of technology — they're showing their intellectual and emotional immaturity, which is going to let you know,” she says. Consequently, if they can’t keep other devices they own out of the washing machine, they likely are not yet ready for a more costly one. “The physical maintenance of other devices is huge,” Weinberger says. “That’s a good mile-marker.”

Do they understand consequences?

Caroline Knorr, parenting editor at Common Sense Media, ran into this very issue with her son.

"He was constantly losing jackets and losing notebooks and even his first cell phone, and just not really understanding the consequences of the loss of something - the value of it," she says. "So you want to make sure that your kid is pretty good about keeping his or her things in their possession."

If they can’t keep track of and be responsible for less valuable objects, that’s a good indication that they’re not ready for a smartphone — whether they’re a sixth grader or high school senior.

They need to understand the consequences of their actions.

Do they understand how smartphones can lead to real-world trouble?

Media literacy is hugely important. Abusing a smartphone's ability to connect with the world can lead to trouble, and a lack of critical thinking or cognitive maturity could put children and teens in unwanted situations.

"If they don't have the cognitive maturity to be skeptical," Weinberger says, "then they think that everything they see is exactly true the way they see it. That's another thing that can tell you that kid is not ready for that device - because what else are they going to believe?"

Smartphone use can lead to real-world consequences, and if you feel your child doesn't have a grasp on that, they may not be ready. "They need to understand the consequences of their actions," Knorr says. "And when kids have cell phones, a lot of times they just really don't understand that there's this great big broad audience out there that they can broadcast to. And so they'll put something on the internet or just share something with friends that they don't realize might be humiliating or painful."

Do they respect limits you impose on them now?

If a child cannot handle or respect a time limit on tablet, video game or other device usage at home, that should signal they’re not ready for a phone of their own.

"How do they treat the time that they use technology now, before the phone?" Weinberger says. "So, if they have an Xbox Live and you give them an hour - presuming you give them limits - and you've given them a 2 hour limit per day, how do they deal with those limits? Do they blow through the limit? Do they ignore you? Do they get angry?"

Common Sense Media recently published a study indicating that 50% of teens are addicted to their smartphones. And Weinberger says an inability to follow limits with devices is a slippery slope. If children can’t follow rules now, there’s a chance things could get worse once they have phones of their own.

“If I say to my daughter, ‘Put the phone down,’ and she can't do it, she physically can't do it — that's a problem,” Weinberger says.