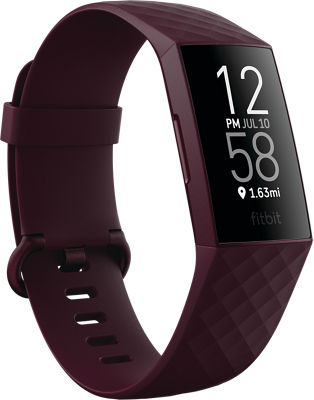 Sleek, Powerful and Easy to Use

I upgraded from my Fitbit Blaze to the FitBit Charge 4. The charge is smaller and more sleek with the same features as the blaze and then some. I did turn off the O2 feature to save on battery life and I get 5 days on one charge, which is way more than the Blaze. I wear it 24/7 except for the charge time or to clean it. The set up was easy although there is an update out of the box that didn't go into effect until 24 hours or so after I purchased it and started it up, which the app did warn me about. Once updated, I was able to connect more apps, such as spotify, and change the watch face appearance within the fitbit app. I love this thing.

I have saved my money for this fitbit and I am very pleased with it. As this body, machine, wears, to have a watch on the wrist with how many steps I,take each day, my pulse rate my sleeping!!! Amazing at 64!!! Love it!! Big Smiles

Love everything about this watch!

Bought this watch for my dad for Father's day and he's absolutely loving it! All the features and everything are just amazing!! <3

This is a great little FitBit

I'm very happy with the FitBit Charge 4, I'm glad I bought it. I'm most impressed with the battery life, the battery easily lasts for a week before it needs another charge. I bought it so I can be more motivated to get up and get moving. I love that it reminds me to get up and take at least 250 steps. I've been able to set goals for steps and it's also a nice watch. It synced my text messages and phone calls from my cell phone. Overall, it's a great purchase for a great price.

I work for Verizon... This was my first FitBit. At first, I found the design, setup and features a bit overwhelming (like: how do I turn this on? how do I charge this?). Once I got used to the device/app, I was much more comfortable. The battery life was good. The durability was pretty remarkable. After a few months of rough wear, only minor scratches on the device face.