Mobile solutions
Home solutions
Have a phone you love? Get up to $500 when you bring your phone.
$500 via Verizon e-gift card (sent w/in 8 wks). Activation of 4G LTE/5G phone on 5G Get More plan req’d. Device must remain active for 45 days. $500 charge back if service cancelled w/in 12 mos or eligibility req’s are no longer met. See vzw.com/bring-your-own-device for details.

What are Phone Bands (GSM, CDMA) and Why Do They Matter?

When it comes to smart devices and service options, it's important to understand 2 bands: CDMA vs. GSM.

No, they're not the names of up-and-coming techno groups. GSM and CDMA are frequency bands that support cellular service. While these letter jumbles may be unfamiliar, they can have a significant effect on phone carrier choice and can also affect phone type.

With next-level networks being built, your current device might limit you depending on its model. Here's what you need to know about CDMA vs. GSM, how the distinction might affect your phone and what to look for in the future.

If the GSM/CDMA divide has popped up on your radar, it's likely because you tried to transfer a phone from one carrier's service to another and encountered roadblocks. Many that were designed to operate on one type of network are incompatible with the other. Depending on the specific phone and the carrier, you might have found that you were ineligible to transfer a device you owned to a new carrier's network. 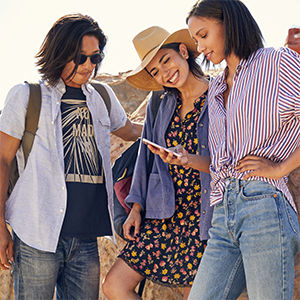 Some newer devices are considered dual-band phones and can run on both technologies. If you’re looking to hop from one carrier to another and want to bring your current phone with you, you don’t need to wade through product specs to see if it’s compatible. To see if you can transfer a specific device from another carrier to the Verizon Wireless network, click here.

Both CDMA and GSM are multiple-access technologies, meaning they allow multiple calls or data connections on one radio channel. GSM transforms calls into digital data, gives them a shared channel and a time slot and puts the pieces of each call back together for the listener on the other end. CDMA encodes each call's data with a unique key. Then all calls are transmitted at once, with receivers "dividing" the combined signal back into individual calls.

Of the two, GSM is more widely used around the globe, with availability in more than 200 countries. While CDMA is used widely in the U.S., it is less common elsewhere - most estimates pin the portion of global wireless networks using CDMA at less than 20 percent. The Verizon network is a CDMA wireless network.

What does the CDMA/GSM difference mean?

One major distinction between GSM networks and CDMA networks is that the former allows you to make voice calls and transmit data at the same time, while the latter does not. But there's a catch. 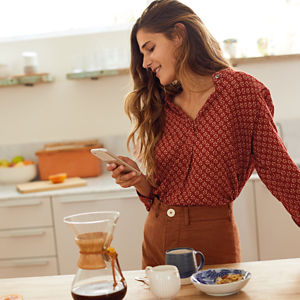 GSM and CDMA standards apply to 2G and 3G connectivity. Carriers all began switching to LTE in 2010, and LTE does support simultaneous voice and data use. Moreover, because LTE is a global standard for 4G networks, Verizon and all other carriers have made the switch, regardless of whether their 2G and 3G connectivity was supported by GSM or CDMA networks.

The distinction is becoming less important and will be entirely irrelevant sooner rather than later (more on that below). At the moment, however, 2G and 3G networks continue to serve as a backup for areas where 4G LTE coverage is weak. And, until recently, many phones used LTE for data only and relied on GSM or CDMA for voice and texts.

For day-to-day use, the distinction between GSM and CDMA is not likely to be a big issue. Today's CDMA phones work on GSM networks, which is why you're able to use your Verizon phone when traveling to places that rely on GSM, such as Europe and Asia.

The future of CDMA vs. GSM.

As carriers build out 5G networks, they’re decommissioning their 2G and 3G infrastructure. Different carriers have different timelines for this, but Verizon is taking concrete steps to begin transitioning CDMA devices off of the network at the end of 2019 — eventually moving all devices to the HD Voice LTE network.

This has implications for people with older phones who want to switch carriers. Starting on December 31, 2019, customers will no longer be able to move a 3G/4G non-HD Voice CDMA device from one account to another. They will also no longer be able to provide such a device to activate on an existing line or swap one such device for another. However, customers with these devices will still be able to suspend and resume service, change their phone number, upgrade to compatible 4G or 5G devices and activate new lines for 4G or 5G devices.

On December 31, 2020, Verizon will begin moving all devices to the HD Voice LTE network. While the CDMA network will remain available as-is until that date, any service requests related to CDMA devices may receive limited support after the end of 2019. Customers are encouraged to upgrade to newer technology.

Both CDMA and GSM networks have provided millions of callers with crucial connectivity over a number of years. Watch for these technologies to be gradually phased out and for connectivity to improve.

This content is provided for information purposes only. All information included herein is subject to change without notice. Verizon is not responsible for any direct or indirect damages, arising from or related to use or reliance of the above content.
Shop
Top Device Brands
Support
About Verizon
Most Popular
Top Accessory Brands
Important Consumer Information
Follow Verizon
Follow Verizon Fios
© 2022 Verizon
×
Close