This flexible device can be used for a multitude of full controller-supported games. 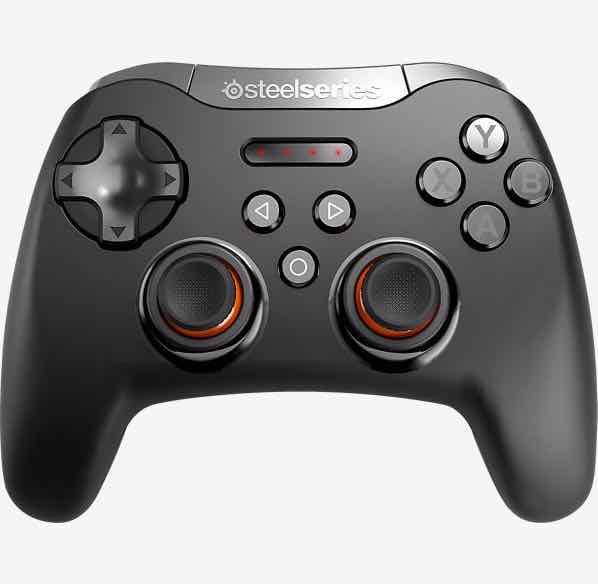 The SteelSeries Stratus XL gaming controller for Windows and Android systems and mobile platforms can be used for a multitude of full controller-supported games. It is 1 of 4 controllers unveiled by SteelSeries, known primarily in the past for making gaming mice and keyboards.

This flexibility distinguishes it from the pack. As tech and gaming site TechU4ia.com notes, "Most gamers can really benefit from a versatile gaming controller."

Here are the 6 key details that gamers should know about the Stratus XL controller:

2. Personal touch: Many serious gamers want their controller to have a specific feel. They’re batters in baseball — each with a different physical stance, habits and ticks in their attack. With the Stratus XL, gamers are liberated to play how they want to play. “Users can customize the Deadzones and the sensitivity on the triggers and joysticks,” notes MMGames.com. "There is no delay in responsiveness. The controller performed well in first-person shooters, platformers and action role-playing games.”

3. Design: The feel of a controller in the gamer’s hands can affect the person’s game. Whether or not the controller is cordless also affects level of play. That’s partly why the design of the Stratus XL has been singled out for so much praise.

“The Stratus XL ticks all the right boxes when it comes to appearance,” ImpulseGamer.com reports. “The visual appearance of the Stratus XL screams gamer, and without a doubt gives its console counterparts a run for their money.” TechU4ria is similarly impressed. “The materials used are very durable, which give the controller a solid feel,” the site writes.

4. Buttons: Gaming is a pastime of pressing buttons and triggers. A slightly stuck button or one that doesn’t respond instantly to the gamer’s touch makes it a prime candidate for serious wall-tossing. “I have no complaints about the d-pad or the face buttons, which stand up well,” The Escapist notes. “They're satisfying to press on and don't suffer from any flimsiness.” TechU4ria also praises the controller for its “tight, tactile buttons that won’t get stuck.”

5. Long battery life: When gamers are “in the zone,” they lose track of time. The last thing they want is to be in the middle of a great game when the controller decides it’s time to take a snooze. With 2 AA batteries delivering 40-plus hours of wireless gameplay, the Stratus XL can stand up to gamers’ longest runs. And it’s energy-efficient even when you’re not playing. “To conserve battery charge, the controller shuts off on its own when you're not in a game,” The Escapist notes.

6. Out-of-the-box setup: Gamers are not necessarily computer programmers. Eager to start playing, they want to install the controller with time to spare and no headaches. The Stratus XL takes care of these concerns. “The new Stratus XL Wireless Gaming Controller was designed to pull out of the box, connect to a PC, and instantly start,” Vortez.net notes.

TechU4ria sums it up: “If you need a quality wireless gaming controller that can work with just about every gaming platform, this controller is for you.”