Despite Americans’ general use and acceptance of smartphone technology, many remain wary of the security surrounding mobile pay. According to a Pew Research survey, consumers believe that the protections placed on debit and credit cards are more trustworthy than those on mobile payment services.

The security issues surrounding mobile pay arise from a variety of factors. While the mobile pay service itself may be secure, the device, network, or platform it’s being used on may not be. Devices that are connected to a public network, for instance, pose a greater risk of attack than those on a private network. The issue here lies in the public network, as opposed to the mobile pay app. In this situation, individuals may be better off utilizing their own internet hotspots.

Mobile wallets secure a user’s credit or debit card information through highly-advanced methods of encryption and tokenization. Encryption is a security feature that uses a secret key to ensure private information is only accessible to the sending and receiving parties. 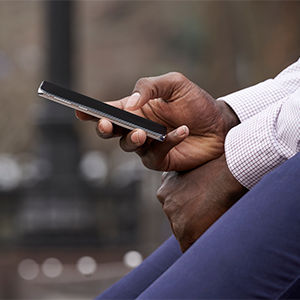 Tokenization is another method of protecting payments that uses randomly generated keys. However, even advanced protections aren't immune to hackers and identity thieves. Methods of protection, such as encryption and tokenization, only go as far as the device they are used on and the person who employs them.

However secure these methods may be, nobody is totally immune to social engineering. The art of manipulating a person to hand over confidential information, social engineering relies less so on software hacking and more so on the fallibility of humans. A person could fall victim to the act by providing their credit card information to a site they believe to be trustworthy, but that is actually set up merely as a scheme.

Not updating your phone further compromises the safety of your mobile pay app. Every software update includes advanced security measures made to protect you and the contents of your phone. If you don't install the new and refreshed software, hackers have a better chance of intercepting your device and thereby stealing your personal information.

Losing your phone is often the modern age's equivalent of losing your wallet. Smartphones include your credit cards, contact information, calendars, personal photos, and social media accounts, among other personal data. If your phone ends up in the wrong hands, a plethora of valuable information could be disseminated or exploited. The idea of losing your phone doesn't negate the worries associated with mobile pay security. However, most smartphones contain built-in security protections of their own.

Two-factor authentication is one of the primary sources of this protection. With two-factor authentication, users can input a PIN alongside a fingerprint, face scan, or iris scan. Some other forms of two-factor, or multi-factor, authentication allow users to answer a question about themselves or provide an email address or phone number associated with the account. Using a strong password helps to heighten the security of a phone.

Further precautions to be taken include downloading tracking apps, locking your phone remotely, and downloading apps that erase data if a phone is lost. The app "Find My Phone", for instance, is a useful way to help know where your phone has wound up when it's missing. However, a feature found specifically within Find My Phone may be even more critical. "Lost Mode" allows you to remotely lock your phone, rendering the device unusable. Whoever has your phone now may only call a phone number, which is provided by you remotely.

With the ability to track and lock your phone, as well as delete its data, mobile pay can be more secure than physical cash, and at least equally secure as a physical credit or debit card.

Using an unsecured Wi-Fi network increases the chances of being hacked. Users should be wary not to add cards, make purchases, or send money on an unsecured network. The reason for this lies mainly in the fact that cybercriminals tend to lurk on these platforms, waiting to steal account numbers by spoofing registration systems.

Public Wi-Fi networks are often found in malls, airports, restaurants, and stores, among other various locations, making them the perfect target for unsuspecting travelers. However, these aren't the only matters that people should be concerned with.

Public charging stations expose an additional threat to consumers. Through an act called "juice jacking," hackers can load malware into the kind of shared charging stations commonly found in coffee shops or airports. Any information passed through one of these public networks or stations is available to the public at large, provided they know how to hack. As a result, mobile payment information can be stolen.

Mobile payment services are better off being used on private networks, on your carrier’s cellular network, or on VPNs. Additionally, people are safer using their own wireless charger or phone batteries than using any public charging station. 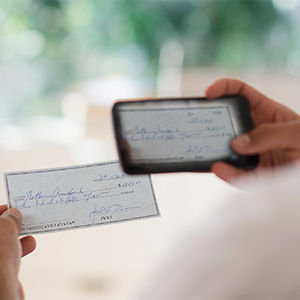 Use official websites, platforms, and apps.

Untrustworthy websites, platforms, or apps pose a major security risk. Although your mobile pay platform may be secure, this means very little if a malicious app is downloaded onto your device. Such apps may contain viruses, worms, or malware, among other forms of harmful content. Through these unsecured apps, everything from your contact list to your credit card information could be compromised.

Always do some basic research regarding the site or app you wish to open. Examine the site's or app's privacy policy, security measures, and the platform it is featured on. Checking reviews is another way to tell if a site is trustworthy. Be wary; if all of the reviews are positive, sound similar, or contain similar formatting it could be a bad sign. Some developers pay people to write fake reviews regarding their product.

It is important to note that mobile pay apps themselves can be deceitful. Only use trusted and reputable payment providers and platforms.

Some may prefer to use a supplementary card or account instead of one attached to their main source of money, such as their savings. By designating a card for mobile purchases only, you'll be better able to catch any misuse of your account. And if things go awry, your main financials are protected.

All things considered, mobile payment services are only as safe as you make them. Finding a reliable app, using a private network, and being cautious makes mobile payment options just as safe, if not safer, than regular credit or debit cards. Consumers must also be sure to consistently update the software on their phones, as well as on their tablets, laptops and other technology-based products.