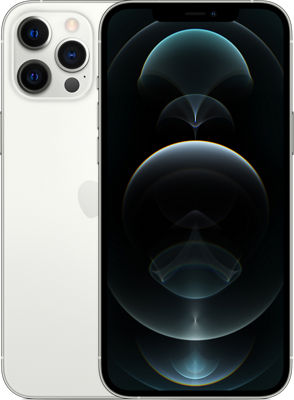 Does everything that I want and more…

I originally got this phone because my iPhone 6 due to the programmed obsolescence. I knew that this was the phone that I wanted, but wasn’t 100% sure that I could afford. I came into a small bit of money and decided to throw a couple of hundred down for this phone. I fell in love with it immediately. I don’t have to wait forever for an app to load, all of the apps work, and I don’t have to figure out what app I can get rid of to make room. Ever since I got this phone, I have recorded live streams of local performers and my performances, created content for YouTube, and just had an all around blast with this phone. It’s incredibly reliable. I, originally, went with iPhone because of the nonstop stream of issues that I had with Androids. I have never regretted my decision. This phone has been the best phone that I have ever used. One thing that I find awesome is the ability to take pictures of stars. Due to the light pollution in my area, the pictures aren’t great, but I can still shoot pictures of stars. That may not mean much to many people, but it’s awesome for me.

Normally I’m a Samsung gal! But the 12 Pro Max has definitely not disappointed!

Glad to be back!

I have always been a avid apple lover. I went 2 years with an android…(to save “money”). However it was a hard and frustrating road! I am so glad to be back home to my apple family. The iPhone 12 Pro Max definitely lived up to the hype! I’m in love all around!

The BEST of the BEST!

So I had the iPhone 6, then the 6s, fast forward a couple years and then grabbed the 11, out of nowhere deciding to get the 11pro max in the cool green it came in, to having that phone stolen without having insurance on it only to find out the phone was discontinued and the only option was the 12 Pro Max and it came in a really nice matte blue color... appearance wise I was SOLD! At least if the phone sucked it still looked good right? Over the course of that initial first 24 hours of playing around with the phones little tools and gadgets there was always something new around each corner. The camera and video by far were better than anything else I’ve ever seen in a cell phone. The pictures and video features are insane compared to older iPhone models. The only downside for me was the weight of the phone but that was quickly knocked off the list because I did choose the biggest model that the phone came in. It’s been a good 3 months now and there’s not a week that goes by where I don’t come across another cool feature that the phone has. In all to say the least I love the phone and couldn’t be happier! If it wasn’t for this phone I probably would’ve switched back to the Galaxy with it’s really sexy and sleek edges and infinity glass sides... so happy I didn’t! Hope this review is helpful to those out there who just want the best.

Definitely worth the cost, AWESOME phone

I have had both android & iphone and feel that I need a phone that can multitask. The iPhone 12 Pro Max definitely delivers on this & more. I can work through several apps at same time, plus talk on phone, message, and be on internet. And it can still do more all at same time. This iPhone is definitely worth the second look & purchase, even with the pricey cost. I would advise trading in your old phone to reduce your monthly cost, & you won't be sorry that you did. I havd had this phone for 3 weeks, made sure that I purchased it with enough memory, 256GB just in case I need it. I most definitely recommend this iPhone & be sure to get glass screen protector & phone case.

I will keep it short and sweet. The phone delivers and is great. I tried the iPhone 11 Pro Max and had to go back to Android because I wasn't a fan of the software. Apple however, made some big changes with iOS 14 and I decided to give it another shot with the iPhone 12 Pro Max. Nothing to complain about other than the keyboard is small. Works great and as it should. I also have the Samsung S21 Ultra 5G and that phone is a beast as well. I am considering this year to be my Apple trial. Loving it so far.