There’s something for everyone in the world of wearables, from fitness trackers to smartwatches and all the compatible accessories in between. The below devices, praised by the experts and available at Verizon, make great gifts for those who consider tech a family affair.

For the little ones: Verizon Gizmo Watch2.

Kids have fun while parents have peace of mind with the Verizon Gizmo Watch2. This device includes GPS tracking and an auto-answer function if calls aren’t picked up within a certain amount of time.

PCMag.com reviewed this device and concluded that, “The Verizon GizmoWatch 2 is an excellent wrist-based tracker and phone that keeps kids connected with their parents and other trusted contacts.” 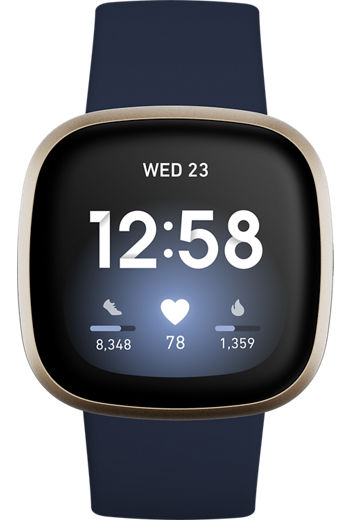 For Mom and Dad: Fitbit Versa 3.

The crowded fitness tracker market can be overwhelming, but the Fitbit Versa 3 is a highly functional, easily programmable option that will suit almost all a parent’s workout needs. According to CNET, the Versa 3 is the “...best smartwatch for most people. With an always-on display, built-in GPS, blood oxygen and temperature tracking during sleep, and a battery that lasts 6 days, the Versa 3 holds its own against some of its pricier competitors...”

It also features 20+ exercise modes to pick from and SmartTrack® automatically recognizes and records your exercise once you start, so there’s no fumbling through apps, trying to find the right activity.

Learn more about wearable tech and the accessories available from Verizon. And check out a complete parents' guide to kids and tech on our Family Tech page.