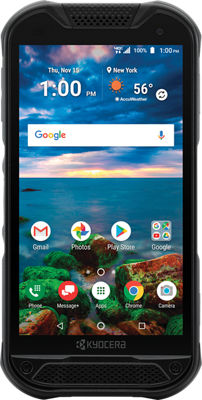 In the 2 years I have owned this phone I have dropped it at least 5 times with NO damag. Previous samsung and nokia phone have developed cracked screens and internal damage when I sneezed. I am able to take photos well, stream videos and tv without issues. I highly recommend this phone if you have kids.

A phone for a klutz

I drop phones. I drop phones a lot! I used to pay for hard cases, but I often had to clear the dust out. I was happy to find Kyocera phones. This is not a phone for people who use them to stream videos or play computationally expensive games. It can do those things, but the battery will drain quickly. The main feature of the phone is its durability. The DuraForce PRO2 meets all my needs. The call quality is good, it has a 3.5 mm jack for headphones, can take an SD memory card, and runs the aps I use. I can even play Pokemon Go on the phone! The camera takes decent photos, though not as good as my DSLR. The phone is heavy. However, I find it less bulky than other phones I've had after putting them into an Otter Box and I don't have to periodically clean out the dust and lint. It has worked reliably during a polar vortex in Wisconsin and during a Central Valley heat wave. After several drops the screen is still intact and the phone operational. The hard rubber corners are the only signs of damage and that's just superficial. The phone has often been next to my keys and not a scratch on the screen. Kyocera did very well with the sapphire shield! The down side, the phone is heavy. I had trouble getting the SD cards into place. I had the DuraForce Pro before this phone and I do miss the physical buttons. The protective covering over the charge port, 3.5 mm jack, and SD card slot were more robust on the first model and I haven't as much confidence they will hold out water in the PRO2. That being said, it has be submerged in the Pacific for a few minutes and is none the worse for wear. Still, I would feel better if there were a gasket on the 3.5 mm jack cover. Another downside for many is the weight. It is quite a brick and could probably be used in hand-to-hand combat. Fortunately, it is a resilient phone so will probably survive being used that way. I am looking into how to replace the battery so I can continue to use this phone for years to come.

I have had a few sony phones, 1 nokia, handful of samsung galaxy models, a rugby pro, and now this one. Have had it for almost 2 years and have absolutely nothing negative to say about it. 1 week i owned it i didnt realize it had fallen in the hot tub and been submerged until the bubbles stopped 20 minutes after i got in. Ive used it in the pool, even the shower for music, its never had a problem. Its been dropped on concrete barn floor dozens of times, asphalt, off ladders, screen has not cracked yet. Reception is far better in rural area than my galaxy's or rugby had! Im not a professional photographer, i snap pictures and videos of my family, my farm, etc and the pics are great quality for making prints. It probably has far more capabilities than i even realize. It eliminates the need to remember dozens of passwords by allowing you to setup fingerprint log-on for most apps. The battery lasts usually all day long. As im writif this its at 77% and ive been up about 14 hours. The speakers work well. Its much heavier than any of the galaxy models ive bought. The rugby pro which also is/was ruggedized is comparable weight and size wise. I prefer a heavier type phone though. Its probably twice as thick as my wifes newer galaxy which i hated because it slipped out of my hand to easy. This phone is much easier to hold. If you are use to putting a strip of skateboard grip tape on your phone to make it less slippery, you wont need it with this phone. Planning to keep it until they stop supporting it. !

The only problem I've had is it getting hot and draining the battery quickly. The solution is to turn the screen brightness down real low. Turn it back up when you need to. This is a way to save battery life on all types of phones. The heat problem comes from the density of the case. The phone is impact resistant. That results in a thick, built in, phone case to protect it. As a result it's harder to dissipate heat. Being water tight is also a factor in the phone running hot with continuous use. Turning down the brightness of the screen as low as you can manage solves this problem. With any phone there are trade-offs with different features. This has amazing features other phones don't.

My husband dropped his face down (Unbenounced to him) ran over it with a tracker-trailer...it ONLY cracked the glass screen protector!! He has owned the pro & pro2, I won't let him own another type!! Lol

My husband breaks every phone he has ever touched. This phone has lasted for years. He recently left his backpack on the ground at the shop and it was ran over buy one of the big trucks. Phone is cracked but everything works just fine. Its crazy. 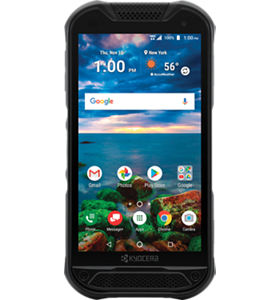 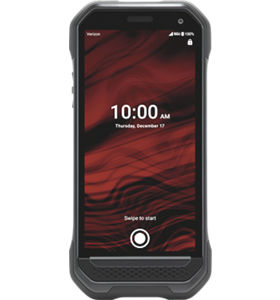