They're a whole lot better than talking into your smartwatch. 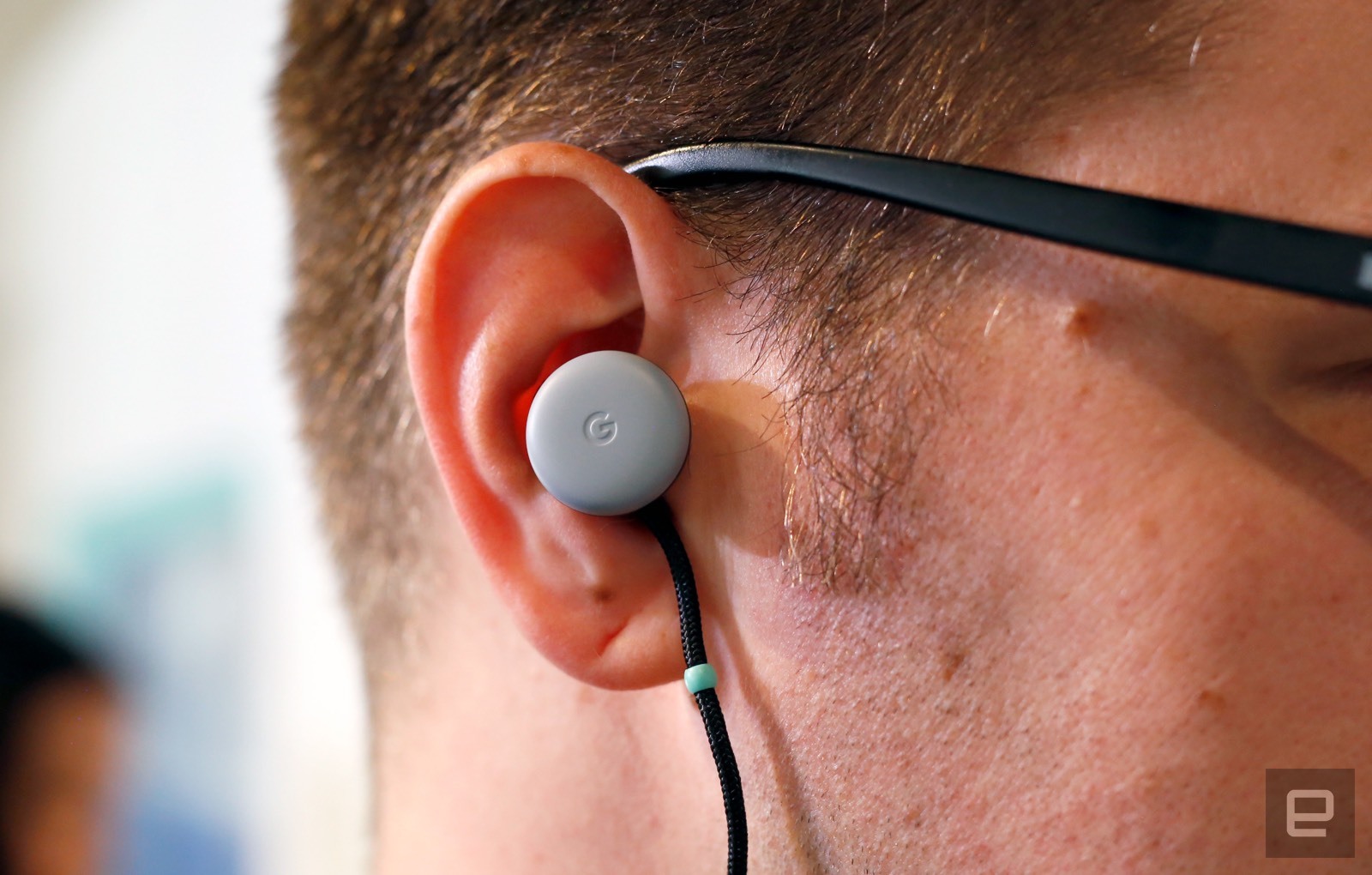 Pixel Buds isn't just the name of my Android-centric group chat anymore-they're Google's first attempt at a wireless headset, and they're pretty smart, too. It's not hard to look at them as the answer to Apple's surprisingly popular AirPods, but they're much more capable... as long as you don't mind a cord dangling behind your head.

I'm told pairing with a Pixel is dead-simple—just open the charging case, power them up, and you'll get a notification on the phone prompting a connection. (The units we tried were already connected, and Google didn't love the idea of me redoing all that for myself.) Getting them in your ears is easy too, but nailing the fit takes a little extra work. Remember that cord I mentioned? You can pull it out near the buds to create a little loop meant to nestle into the crevices of your ears. Given that fully wireless earbuds have a tendency to disappear if they fall out of someone's ears, I appreciate that Google thoughtfully used that cord to make sure the Buds don't go anywhere they're not supposed to.

The idea of a tiny touchpad sitting in your ear might seem off-putting, but operating the Pixel Buds is a breeze. Quick swipes forward and back control volume, a tap pauses whatever you're listening to and... well, that's mostly it. It would've been nice to have, say, a double-tap that changes the currently playing track, but that gesture is currently used for reading notifications when they land on your phone.

Here's the best part: to activate Assistant, you just long-press the right bud and lift your finger when you're done. Not only does that better isolate your command from the noise around you, it also removes the social awkwardness of having to say "OK, Google" to yourself in public. Thankfully, Assistant is very well-suited to sitting in your ear all the time-I asked it a couple random questions and got correct answers in mere moments, just like when I talk to my phone instead. Of course, Google's built-in translation is a show-stealer, but we couldn't really test that out. Something to save for the review units, I guess. Even so, it's a very powerful differentiator for the Pixel Buds-if AirPods claim to fame is convenience, then the Pixel Buds' is sheer usefulness.

Sadly, being in a corner of room slammed with hungry journalists made it difficult to get a sense of how they really sound. The music I piped through was perfectly audible and even pretty pleasant-even though the Buds don't seal your ear canal the way in-ear buds do-but the nuances were pretty quickly drowned out. The bass came through nice and punchy, though. We'll circle back on this when we get to test the Buds more thoroughly.

This isn't the first time we've been able to wear Google Assistant-that came with smartwatches running Android Wear 2.0. It is, however, the first time wearing Google Assistant actually feels natural. I can count the number of times I've used Siri via AirPod on two hands, but I could actually imagine chatting with my Pixel Buds and getting value out of it. Here's hoping the final versions are actually worth listening to-we'll find out when they go on sale this November.

This article was written by Chris Velazco and originally appeared on Engadget.