The growth of internet connectivity: is universal internet access achievable?

Nowadays, it's easy to take internet access for granted. However, there has been a long road of technological development that has led to the many conveniences we have today.

The modern internet was born on January 1, 1983, when a communications protocol called the “Transfer Control Protocol/Internetwork Protocol” (TCP/IP) was established. This allows computers to communicate with one another with one shared “language.” Over the next few years, new communications protocols such as emails and online chats grew in popularity. By the end of the decade, the World Wide Web was a reality, giving users access to a growing range of multimedia as the years marched onward.

Today, the capabilities of the internet allow us to connect with countless others on social media, stream content in real-time for audiences of thousands, and download highly versatile software.

A major part of the changing nature of our relationship with the internet is the widespread adoption of smartphones, tablets, and a variety of other connected smart and wearable devices. We now have instant access to a practically endless array of content, tools, and services — all in devices that can fit in the palm of your hands and wirelessly connect to the web. Internet access is more available, streamlined, and affordable than ever before, and cutting-edge phones can now access 5G, which provides the fastest internet speeds on mobile devices we’ve seen yet.

Nevertheless, much of the global population is left without internet access. Will technological advancement improve internet access for these people? How will we bridge the digital divide? This article will dive into these issues and explore how the internet may continue to advance, potentially addressing this inequity. 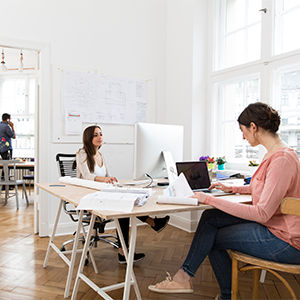 You can find up-to-date information on worldwide internet usage statistics from Internet World Stats, a website that gathers data from many surveys and studies to provide approximations on global internet use. The statistics presented in this section are informed by this resource.

As of the time of this writing, there are just over 4.5 billion internet users from all over the world. Given that the global population is 7.8 billion, this means that nearly 60% of mankind has internet access. If you compare this statistic to the mid-'90s, when the rate was less than 1%, you can see the exponential growth of internet access.

Conversely, some areas are in critical need of greater internet access. The countries with the lowest rate of internet penetration are Eritrea, South Sudan, and Somalia, all of which are located in Africa. Indeed, this continent contains more individuals without adequate internet access than any other.

The scope and accessibility of broadband networks are expanding with each passing year, and mobile technology also is improving international internet access - but are these enough?. Although an increasing number of individuals are gaining internet access, that doesn't necessarily mean that it is affordable or reliable. But what do those terms mean?

The price of internet continues to decline globally, but according to the Alliance for Affordable Internet’s 2019 Internet Affordability Report, there are still serious problems with reasonably priced internet access. For example, the report reveals that the average cost of internet across Africa is 7.2% of the average person’s monthly income for just one gigabyte. In some areas around the world, that cost is closer to 20% for the same amount.

Even in areas with adequate, affordable internet access, there are often issues with reliability. Considering that the average mobile device user generally requires up to 2 GBs of data a month, it’s clear that there is an affordability issue in critical areas. 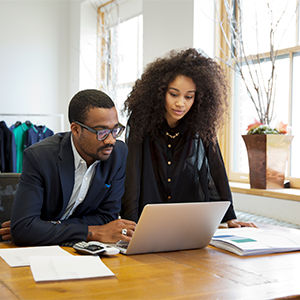 The digital divide and global inequality.

“ … (T)he exercise of human rights, in particular the right to freedom of expression, on the Internet is an issue of increasing interest and importance as the rapid pace of technological development enables individuals all over the world to use new information and communication technologies.”

The UN argues that "the same rights that people have offline must also be protected online." Ideally, every human would have access to all the tools and information that the internet provides. However, without affordable and reliable internet access, these ambitions cannot be actualized.

This disparity, often called the "digital divide," represents a major source of global inequality. Millions upon millions of people around the world are without the myriad benefits afforded to those of us with an internet connection. They cannot use it to gain valuable information, seek aid, or express themselves.

The answer to that question entails some good news and bad news. Experts predict that we will indeed achieve universal internet access — but this isn’t likely until at least 2050.

Further, we will need to continue to assess whether people who technically have internet access actually have a sufficient level of access. For example, the International Telecommunications Union defines “internet access” as being able to get online at least once every three months. This definition arguably does not constitute an adequate level of internet access. Further, fast internet speeds are required to access many forms of content, making reliable internet a necessity for educational purposes.

In short, universal access is not only a possibility - it is an inevitability. However, it will take at least 30 years to materialize. Even when it does, there will continue to be questions about whether the levels of internet access around the globe are adequate.

In order for universal internet access to become a reality, there are several steps that could be taken:

The above paths to progress could expedite our journey to universal access and bolster the affordability and reliability of internet connections across the world. This would represent major strides in global equality.