This is the new Google Pixel 2 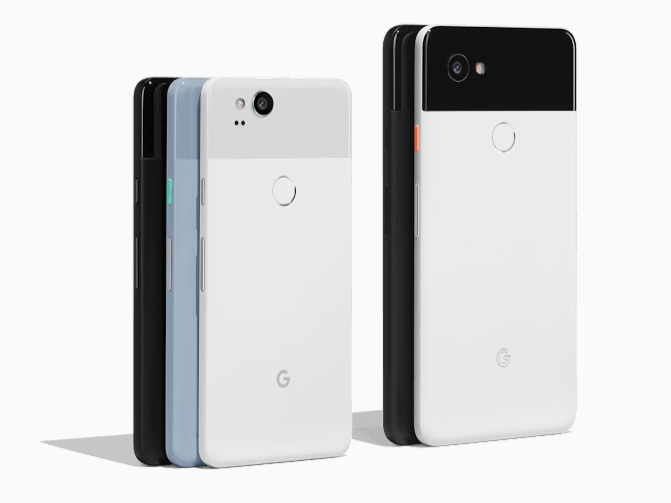 Google on Wednesday unveiled its second-generation smartphone, the Pixel 2.

At its hardware event in San Francisco, Google launched two new smartphones: the Pixel 2 and the Pixel 2 XL. Both phones are an update to the original Pixel, which Google introduced a year ago.

The new device will come in three colors: white, black, and a pale-grayish blue. There's also a "pop of color" on the power button of the blue Pixel's power button - it's bright aqua.

Here are some of the specs of the Pixel 2:

Like many other recent flagship phones, including the new iPhones, the new Pixel 2 also lacks a standard headphone jack, though the phone will come with an adapter for wired headphones.

Like Samsung's Galaxy phones, the Pixel will have an "always on" display, meaning the phone, even when its screen is unlit, shows the time and other information like the battery life, date, and the song playing.

You'll also get a free Google Home Mini with any purchase of a Pixel phone for a limited time.

This article was written by Avery Hartmans from Business Insider and was legally licensed through the NewsCred publisher network. Envía todas las consultas sobre autorización a legal@newscred.com.