Helping young teens learn to monitor and manage their media use is top of mind for parents. Here are some smart starting points. 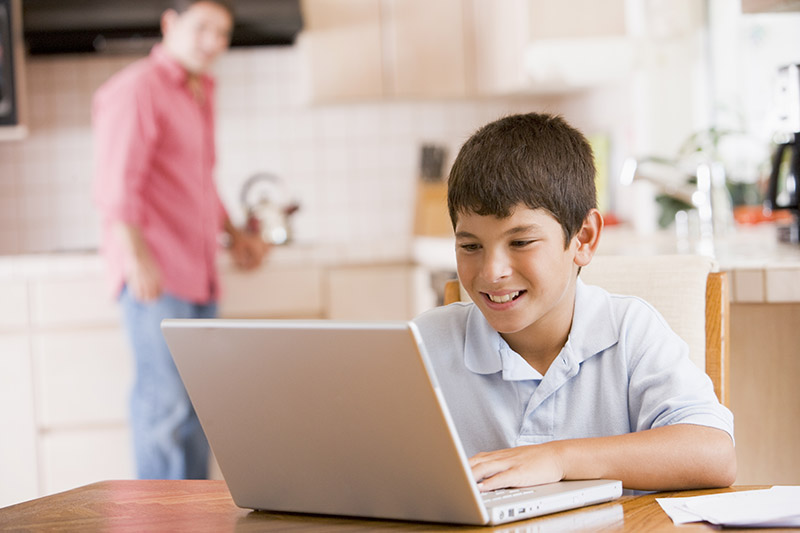 Instead, her screen time was increasingly dominated by texting friends and exploring social media apps like Instagram. Helping the young teen learn to monitor and manage her media use was top of mind for George and her husband. "We wanted to instill good habits around her phone and other tech, especially given that it will probably be a part of her life forever," George says.

As children mature, a one-size-fits-all screen time policy is not ideal. Should time limits apply to texting? What about to reading books on a digital device? Instead, the American Academy of Pediatrics (AAP) and other experts acknowledge that media use can have both benefits and drawbacks. The key is finding a healthy balance that fits parents' values.

Not all screens are equal

For years, the AAP had recommended that kids over the age of 2 spend less than 2 hours in front of screens per day. But the organization revamped its guidance last year, noting that in an increasingly digital world, a hard and fast rule doesn’t always work.

“It’s no longer as simple as ‘are screens on or off?’” says Sierra Filucci, executive editor of parenting content for the nonprofit organization Common Sense Media. “Now it’s about the content, the individual child and what he or she is doing.”

The majority of teens spend more than 4 hours per day on screens, according to a 2015 survey by Common Sense Media. While some of this screen time can be beneficial, it can also pose risks, the AAP policy statement reports. For instance, social media can connect teens with specific support networks and help extended families stay connected. Phones and apps make it easier to collaborate on schoolwork — and the internet is the gateway to infinite information for a curious mind.

“The flipside of 24/7 connectedness is that kids can’t disconnect, even when they want to.”

But as most parents recognize, unregulated media use can also lead to trouble. Teens face cyberbullying. They have access to all sorts of inappropriate content. And they spend time on devices that would be better spent on sleep, exercise or real face time with friends and family.

How should parents balance the good with the bad? Filucci says that as kids get older, the key is to understand their relationship with screens and help them make smart choices. "You want your kid to have a balanced life," she says. For instance, screen time may be an issue if it's interfering with homework or with physical exercise.

George and her husband wanted their daughter to prioritize what was important: real-life relationships, time with family and, for a growing kid, lots of sleep. The couple required the teen to use her phone in the family's common areas, and she wasn't allowed to have it in her room at night. "We googled around for best practices and recommendations, but we also paid attention to the rhythm of our family life and what worked best for us," George says.

“Part of the concern is that you want your child in the world doing real things.”

Author of Screenwise: Helping Kids Thrive (and Survive) in Their Digital World

Filucci also recommends instituting device-free time and zones, whether that's at dinner, an hour before bedtime or even riding in the car. "The flipside of 24/7 connectedness is that kids can't disconnect, even when they want to," she says. "If there's device-free time, then they can sit down with their family, get away from the stress and find support."

Devorah Heitner, author of Screenwise: Helping Kids Thrive (and Survive) in Their Digital World, says that part of managing screen time is finding ways to translate online interests into real experiences. “Part of the concern is that you want your child in the world doing real things,” she says.

For instance, if a child is into cooking shows or demos on YouTube, maybe they could take classes or cook the family dinner. If they're constantly watching skateboard videos, then encourage them to learn some of the tricks at the skate park. It's about connecting in real life - or as the kids say, "IRL."

Discussions around screen time for teens should also prompt some self-examination. Filucci notes that if parents expect their child not to use their phone during in-person conversations, they shouldn’t, either. Parents can teach kids when it’s appropriate to be on devices — and follow their own rules. The AAP suggests each family make its own media use plan, to better set goals and boundaries around when to use devices and media.

Though her stepdaughter is now in high school, George is continuing conversations about screen time and media use with her 8-year-old son. "The rules should really be based on your kid. Their temperament and choices should drive the limits," she says.